YOUR INTENSIVE CARE HOTLINE - The ICU Team Stopped Giving Sedation to my Brother But How Come He is Not Waking Up? Can I Ask for His Drug Chart to See if it’s True?

My Dad is Ventilated in ICU with COVID-19. Is it True that He is Dying?

In this episode of “YOUR QUESTIONS ANSWERED”  I want to answer a question from one of my clients Megan, as part of my 1:1 consulting and advocacy service!  Megan’s brother is not waking up in the ICU but the ICU team has not been giving him any sedation. Megan is asking if she can ask for his brother’s drug chart to see if it’s true.

The ICU Team Stopped Giving Sedation to my Brother But How Come He is Not Waking Up? Can I Ask for His Drug Chart to See if it’s True?

“You can also check out previous 1:1 consulting and advocacy sessions with me and Megan here.”

Megan: Do you think? Good idea?

Patrik: Absolutely. Absolutely. Look, you can even tell them what he’s listening too. It doesn’t matter. It’s up to you. And they know by now you’re not giving up and-

Megan:  Yes, they know I’m not giving up. I mean, they do know that. And I’d be interested to see how they respond to me after your call.

Megan: I think, Patrik, the bottom line is that they’re very fond of Ryan. A lot of them are really, genuinely have bonded with him.

Megan: So that is positive.

Patrik: Leverage that. And also, as we’ve talked about earlier. Yes, it is exhausting going against the grain and it’s an uphill battle. However, the more-

Patrik: It will get easier because say… There will be a point when they realize, well, no matter what they do, what they say, you have guns to shoot with as well.

Megan: I have… Can you say that again Patrik?

Patrik: You can shoot back. And they know you’re not going away. No matter what they do, the games they tend to play with everybody else is not working with you.

Megan: That I’m not going away.

Megan: No. Absolutely. And in fact I’m probably pushing more now than… And the other thing, Patrik, they did was that the doom and gloom doctor was on yesterday and I wasn’t even going to give him another chance at going at me.

Megan: And I thought, “I’m not giving you another chance at me. You’re not getting another go at me.” You could say I was running away, but it wasn’t that. I love to talk to the doctors, but I just wasn’t giving him another chance to reinforce this negativity and nonsense.

Megan: So, I just went to the loo, and when I came back he had done the thing and moved on.

Megan: As you know, he pounced on me last time, and I thought, “I’m not having this again. This is not fair.”

Patrik: Some games in life you don’t play in order to win.

Megan: Just stay away. That’s what I thought. I made a very quick decision and I thought, “Uh-oh. Here we go. He’s had his fun with me. Now, you don’t get another go. If you want to speak to me, you ask to speak to me. And then I’m prepared for what you’re going to come up with.”

Patrik: Well, not only-

Patrik: Right. You are not only prepared, but you also make a conscious choice whether you are going to talk to him or not.

Megan: Yes. Indeed. Where he’s just plunking himself down like that was very, very, very devious, I think.

Patrik:  Yes. Yes. There seems to be no courtesy. It’s all trying to push you over.

Patrik:  Are you going back in there today?

Megan: Yes. I’ll go today and see how he is having been in the chair.

Megan:  You know in Northern Ireland they talk about the chair that they do and that the chair… So, when they’re talking about the chair it always sounds a bit sinister, but it’s actually a marvelous thing. And they said he was in it today but he was sleeping. It’s what they told me.

Patrik: He was what?

Megan: He was sleeping.

Patrik: If you are going there today, you really want to ask them are they sure they’re not giving him any sedation to help him sleep over the night, even though she denied that. That was at 10 o’clock last night, or 10:30. They might have still given him something at midnight. Who knows?

Megan: Am I entitled to look at his drug chart?

Megan:  Because they do not give him…

Patrik:  You, as the next of kin, are medical power of attorney. You could request the medical records at any given time.

Patrik: Any given time.

Patrik:  So, if you walked in there today and you asked for the medical records including the drug chart, they may tell you that you may have to go through a different department requesting that and filling in… And that may or may not be accurate. Most of the time you have to sign some forms, most of the time.

Megan: It’s doable. Because what they’re giving him is very much my business, isn’t it?

Megan: Who are they to just give him all this stuff.

Patrik: Absolutely. And what they will-

Megan:  And I want to know what they’re giving him.

Patrik:  Absolutely. And what they might tell you is, “Well, yes, you are entitled to find out what they’re giving him,” but at the end of the day they might say, “Well, even so, it’s a medical decision.” Right?

Patrik:   That might be the response. But nevertheless, you have every right to find out what they are giving.

Megan:  Because then we would know, Patrik.

Megan:  But the problem with doing it is I am really pushing back at them. And I have to know that they will then be pushing back at me, so it’s a kind of… It’s got to make a judgment on that. Whether they will view it as a very hostile move, that I don’t trust them.

Patrik:  Yeah, yeah. You might think I’m throwing things at you. It’s none of your business what they think about you.

Megan: Nope. No. No. No. What I don’t want to do is to push back at them and find myself in a situation where they’re pushing back at me and I’ve pushed back at them for not any great gain.

Megan: That’s what I’m saying. You need to pick your battles. There’s no point just having a battle with them for the sake of it.

Patrik: No, no. I agree, I agree. No, no. You need to pick your battles. It could well be that he is tired, right?

Patrik: And I’ve certainly seen that patients who have been off sedation, they are tired. And they have a disturbed day and night rhythm, and it could sometimes take days, sometimes even a couple of weeks until you get them back in a day and night rhythm. But that’s also why it’s so important… Things like having a shower. They sound simple and they just-

Megan: I was pleased yesterday, I thought that we had made some progress with this plan. And I thought, “This is a positive.” But then the next day, tomorrow today, I’ll start pushing for more.

Megan: That was what I thought.

Patrik:  Definitely. And didn’t you say there’s a change of doctors?

Megan: Yes! We’ve got a different doctor today. I don’t know this doctor, but there has been some… It’s a female doctor. I don’t know her, but it’s not the one who wants Ryan to have a heart attack. It’s definitely not her. Ryan’s favorite one, Dr. Collins, who’s fantastic. It’s not her. It’s someone I’ve never come across.

Megan: Is that normal?

Patrik: Oh, that is normal. And different personalities, different attitudes. You will find that not all of them are agreeing with what this lady said.

Patrik: You will find that… I wouldn’t worry too much about… Even though that’s what they told you, the next day it’s all different. They’re doing things that they should be doing, and that’s good.

Megan: Yes. So, don’t assume that they’re all thinking the same way.

Patrik:  No, no, no, no, no, no. No. I have certainly seen over the years that some people… That one doctor makes one decision, and then there’s a change in doctors and the next thing you know is they’re changing everything.

Patrik: Good and bad. And also, I hear what you’re saying in your emails and also you mentioned earlier, like, “The nurses just do what the doctors say.” And that may be accurate, and it depends on their seniority, it depends on where they’re at in their career. A good nurse and an experienced nurse will not have any of that crap.

Megan:  Yeah. And then Charlotte last night, is very nice, but I would say she’s one that would absolutely go with the flow. You know you get people that will always go… Yeah.

Megan:  So, I just get the feeling that they’ve changed this doctor by saying, “He’s not going to make it.” And that has obviously been passed right around the ward. And so, some of them have taken a more negative…

Patrik: Out of all those doctors, do you know who is the director of the unit?

Patrik:  Yeah, you need to find out. Just give me a moment.

Patrik:  Because some websites are better than others. Some have information about the ICUs and they have often names.

Megan: The names. Yes, they call it their Critical Care Unit, that’s their name for it.

Patrik: However, sometimes ICUs have standalone websites, sometimes. Just let me have a look at whether there’s something.

My Mom is in the ICU for Septic Shock. Her Vasopressin is Off, Does This Mean a Full Recovery?

My Brother is Ventilated in ICU with Pneumonia. Why Did they Issue a “Do Not Resuscitate” (DNR) Order in Front of my Brother?

Is Moving to a Long-Term Acute Care Facility Beneficial for my Mom?

Why the ICU Team Suggests Euthanasia For My Brother? HELP!

My Dad’s Prognosis is Poor According to the Doctor But Who is Really Directing His Care? Help! 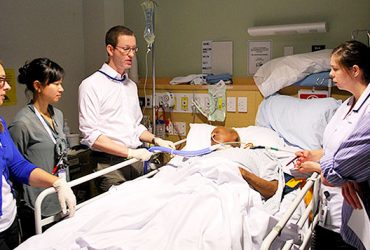 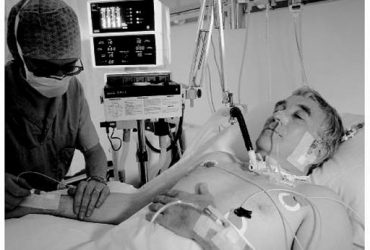 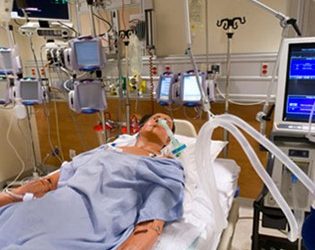