YOUR INTENSIVE CARE HOTLINE - Quick Tip for Families in ICU: How Long Can Someone Be Ventilated After Being Declared Brain-dead?

So, one of our subscribers, Peter wants to know, how long can a patient survive on ventilation after they’ve been declared brain-dead?

Now, what a great question Peter. Current sort of approaches in ICU suggest that once a patient is brain-dead, they are legally dead and that’s also often backed up by state laws and national laws. However, there are now different approaches to that. So for example, if you are in a situation like that, or one of your family members is in a situation like that, you might not agree with that approach because you might have religious, cultural, spiritual beliefs that you know, as long as your loved one can be alive on a ventilator, irrespective if they are brain-dead, that they are alive from your point of view, so it really comes down to your school of thought.

Now, in theory, you could ventilate a patient on a ventilator, even if they’re brain-dead indefinitely, you could perform a tracheostomy, and you could keep them “alive”. To illustrate that with an example, a few years ago, I believe it was in 2014, maybe 2013, I can’t quite remember. There was a case in California, a 13-year old girl at the time, Jahi McMath  I believe was her name, had a tonsillectomy was recovering on a ward but then had a massive bleed, and she ended up with a cardiac arrest, and she ended up “brain-dead”.

Now the hospital was ready to remove ventilation and basically that all organ functions cease, and then let her die. Now the family at the time was disputing that in front of a court. And I don’t know the ins and outs, but basically what happened is the family was transferring their daughter, Jahi to New Jersey, because in New Jersey, somebody that is brain-dead is not legally dead, whereas in California, somebody who is brain-dead is apparently also legally dead.

So as you can see, already, there are different schools of thought. Now I know that Jahi McMath ended up with a tracheostomy, he ended up in New Jersey in another hospital facility, and I believe she passed away last year, but she could live for another five years.

So, you know, it really depends on what your beliefs are, whether they offer a religious nature, nature of a spiritual nature or any other belief. So you may have that if somebody is ventilated and considered brain-dead, that they’re not legally dead and that they have a purpose to live. It’s not for me, I’m not here to judge. I’m just here to show you different approaches.

So I hope that answers your question and God forbid if you have a family member that is considered brain-dead, but if you don’t agree with that, they are also legally dead, you should definitely challenge that and you should contact us at intensivecarehotline.com if you need any help and guidance with that, especially with consulting and advocacy for families in intensive care.

This is Patrik Hutzel from intensivecarehotline.com.

Quick Tip for Families in Intensive Care: When to Give Consent to a Tracheostomy?

Quick Tip for Families in ICU: How Long Does it Take to Wake Up After Seizures and Cardiac Arrest?

Quick Tip for Families in Intensive Care: What Do You Do When Setbacks Happen? 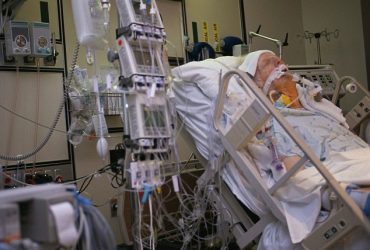 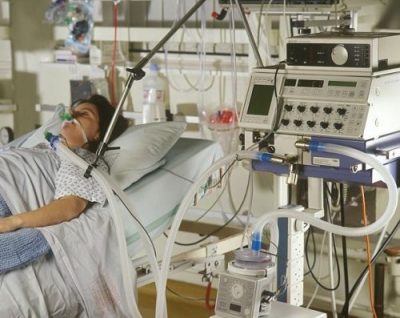 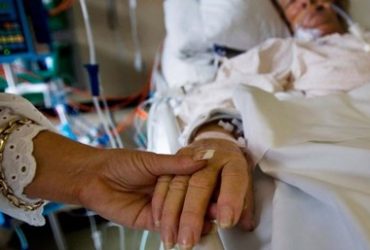