YOUR INTENSIVE CARE HOTLINE - Quick Tip for Families in ICU: Does My Preemie Baby Need a Tracheostomy After Being Ventilated and Sedated?

Hi, it’s Patrik Hutzel here from intensivecarehotline.com with another quick tip for families in intensive care.

Yesterday, I had an email from Cynthia and Cynthia writes, my baby was a preemie baby and had a brain scan complete after birth, which was normal, but he wasn’t thriving so they use the cooling blanket for three days and when they warmed him, they said he isn’t as active as they thought he would be.

He was on Versed and Fentanyl and 20 hours later they said that he wouldn’t wake up.  They said to hold hope because 94% of his diagnosis is that the EEG which is normal just as much as this CT scan is normal and he hasn’t had any seizures day four and he now also developed pneumonia.

He also has been ventilated from day one of his birth with an endotracheal tube. They put in a PICC line for giving antibiotics. I’m really afraid that in 7 to 14 days. They will want to put a tracheostomy in him. Is that really necessary? And how can we make sure they try everything before they do that? And how long does it take after warming to really show the results of the cooling treatment?

So, Cynthia, I’m very sorry to hear about your little baby boy that he was born as a preemie baby. But the good news is his scans are okay. He probably couldn’t breathe because he was a preemie baby. There might be some lung failure going on.

I am not too surprised that he was on Versed and Fentanyl in the beginning, you know, for him to tolerate the breathing tube. You know, sometimes they should use propofol instead of versed because propofol just helps patients to wake up quicker, whereas with Versed  or Midazolam. It takes a lot longer for patients to wake up after the induced coma.

So coming to your question, is tracheostomy really necessary? Look it’s been four days now from what you’re telling me, you know, give it another at least another 14 days in total, right? And then you got to assess, is it realistic for your son to come off the ventilator or not. Now, is it really necessary? And how can you make sure they try everything before they do that?

That’s a very good question Cynthia and you need to make sure that they try everything before they do a tracheostomy. I wrote an article about how to wean a patient off the ventilator and the breathing tube step by step and I will link to that article and video below this video today so you can actually read their how what they should be doing to make sure that you know, if your son is having a tracheostomy that they tried everything beforehand beyond the shadow of a doubt.

And then you’re asking how long does it take after warming to really show the results of the cooling treatment? That’s a difficult question to answer but you know often cooling therapy is used for patients after cardiac arrest. Now, you haven’t shared with me whether your son had a cardiac arrest. I am not sure what his underlying diagnosis is but often cooling therapy is used for cooling after cardiac arrest to cool all organs, especially the brain to reduce oxygen consumption. And then warm patients up and minimize brain damage during that period.

So how long does it take to show up? It really depends for adults. It’s much easier to assess because when adults wake up and they are coherent. Well, then, you know, the cooling therapy has worked for babies is much more difficult to assess because you got to look at their developmental stage and that is something you should discuss with the doctors.

So, that is my tip for today. You know, one of the things you definitely need to look for that if they do a tracheostomy you need to rule out that everything or you need to take that everything has been done beyond the shadow of a doubt to get your son off the ventilator and the breathing tube in the first place because the tracheostomy is a device that could be there for a long time to come for your son.

The best next step really is to contact me directly and give me a phone call on one of the numbers on the top of the website and then I can guide you further.

Thank you for watching. This is Patrik Hutzel from intensivecarehotline.com, and I’ll talk to you in a few days.

PODCAST: ICU wants to do a tracheostomy for my 20 year old daughter against my wishes! Now they want to remove my guardianship! Help!

Quick Tip for Families in Intensive Care: Always Question Everything When Your Loved One is in ICU!

Quick Tip for Families in ICU: How Long Does it Take to Wake Up After Seizures and Cardiac Arrest?

Quick Tip for Families in ICU: How Can My Brother Be Weaned Off Ventilation and Wake Up From Sedation? 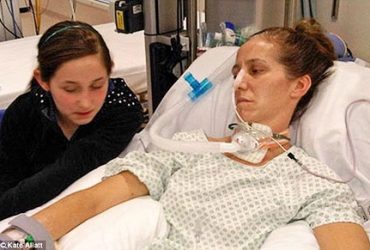 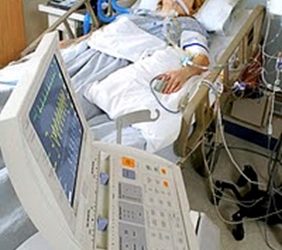