END_OF_DOCUMENT_TOKEN_TO_BE_REPLACED

An epileptic seizure, sometimes referred to as a fit, is defined as a transient symptom of “abnormal excessive or synchronous neuronal activity in the brain”. In other words, normal brain activity is suddenly disturbed as electrical activity has spread uncontrollably from one part of the brain to the other part of the brain. The outward effect can be as dramatic as a wild thrashing movement (tonic-clonic seizure) or as mild as a brief loss of awareness (absence seizure). It can manifest as an alteration in mental state, tonic or clonic movements, convulsions, and various other psychic symptoms (such as déjà vu or jamais vu). Sometimes it is not accompanied by convulsions but a full body “slump”, where the person simply will lose body control and slump to the ground. During a seizure, normal brain function such as memory, awareness of surrounding, consciousness, movement etc… is temporarily lost. The medical syndrome of recurrent, unprovoked seizures is termed epilepsy, but seizures can occur in people who do not have epilepsy.

About 4% of people will have an unprovoked seizure by the age of 80 and the chance of experiencing a second seizure is between 30% and 50%.Treatment may reduce the chance of a second one by as much as half.Most single episode seizures are managed by primary care physicians (emergency or general practitioners), whereas investigation and management of ongoing epilepsy is usually done by neurologists.

Following extensive testing, a first seizure may later be diagnosed as epilepsy. About 50% of the people who have a seizure without any diagnosed cause will go on to have another seizure. There is a very high likelihood to have another seizure after the first one, if a person has had a brain injury or a previous abnormality. If someone has already had two seizures, there is an 80% chance that more will occur.

Prolonged and recurrent seizures in a person with known epilepsy are usually caused by failing to take prescribed drugs to stop seizures, change to the dose or medication used to control seizures, or alcohol withdrawal.

What are the different types of seizures?

What is the treatment for seizures in the Intensive Care Unit?

Seizure activity must be stopped promptly, and numerous drugs can be given to do this. If your loved one is in the Intensive Care unit and has seizures, drugs that stop seizures are given through an intravenous cannula, sometimes as a continuous infusion (such as Midazolam, Diazepam, Lorazepam, Clonazepam, Propofol or Phenytoin). It is important to put the Patient in a position to ensure safety and to prevent them from harming themselves. Oxygen may be administered, and in severe cases, especially where the person has sever breathing difficulties, the Patient may need to be intubated(Intubation) and mechanically ventilated with Ventilators (Breathing Machines).

Potentially sharp or dangerous objects should also be moved from the vicinity, so that the individual is not hurt. After the seizure if the person is not fully conscious and alert, they should be placed in the recovery position.

Ongoing medication is not typically needed after a first seizure and is generally only recommended after a second seizure has occurred. However, in severe cases where Patients experience frequent unpredictable seizures everyday, the use of anti-epileptic drugs (AEDs) are recommended to reduce the likelihood and duration of seizures. Approximately 70% of the Patients could have the seizures fully under control with continuous use of medication 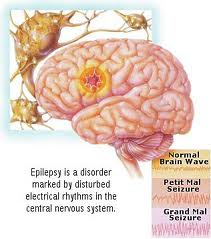 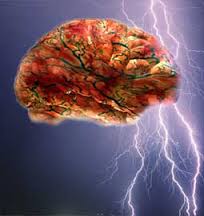 What happens in the Intensive Care Unit?

How long will your loved one remain in Intensive Care?

Your loved one will remain in intensive care while they have investigations and treatment. If they continue to require an endotracheal tube and ventilator, they will continue to be managed in the ICU. Each patient’s condition is very unique and it is important to speak with the medical team caring for the patient to discuss the potential outcome and prognosis.

Of course, if you have any questions or concerns, please discuss them with the ICU nurses and doctors.

All Intensive Care interventions and procedures carry a degree of potential risk even when performed by skilled and experienced staff. Please discuss these issues with the medical and nursing staff who are caring for your loved one.

The information contained on this page is general in nature and therefore cannot reflect individual patient variation. It is meant as a back up to specific information which will be discussed with you by the Doctors and Nurses caring for your loved one. INTENSIVE CARE HOTLINE attests to the accuracy of the information contained here BUT takes no responsibility for how it may apply to an individual Patient. Please refer to the full disclaimer. This is very long overdue, but I just wanted to take a quick minute to say thank you. The information and advice you gave me literally helped me to save my husband's life when he nearly died from covid while in a medically induced coma in ICU.I owe you more thanks than I could possibly put into words, but I thought the least I could do is just take a minute and let you know how much you really make a difference in people's lives you're truly an angel. Thank you.
Lara Westphal
I just want to thank Patrik and his amazing team for all the support and help that has been offered to my family and I.I truly have no idea what we would do without you all. Finding this intensive care hotline has been such a blessing for us. Since my grandmother being admitted into the hospital 6 weeks ago, I have learned so much. You have given me the strength to continue fighting and standing my ground to be the best advocate for my grandma. This is such a safe place for so many families, & I am so happy to know there are genuinely good people out there trying to help .We are so grateful for you all.
Melina

I can't thank you enough for giving me the power to take control of his care, peace of mind, and being in control of his care. I am going to be signing up for monthly subscriptions/membership and possibly an hourly consultation. You have given me the motivation to keep up with fighting the hospital and them pressuring us for outside facilities. So sad that money is more powerful than a person's recovery. You have helped guide me through the process by watching your videos and having the courage to stand up to the hospital pressures. I told them today, I'm the last person you want to mess with. Sorry for the language but that's the truth! They want to wear you down to give into what they want not what my dad needs. I can't thank you enough for your support and help. I will be chatting with you shortly! Thank you again for helping families in a crisis that don't know what we don't know!!