YOUR INTENSIVE CARE HOTLINE - Quick tip for families in ICU: Is a tracheostomy necessary after multiple failed extubations?

Hi, it’s Patrik Hutzel from Intensivecarehotline.com with another quick tip for families in Intensive Care.

Yesterday, Ruby sent an email and asks that her dad has been in ICU now for three weeks and he has been intubated three times and he got extubated three times. Now, he’s been intubated for the fourth time and every time he’s trying to wake up and breathe by himself, he’s not managing to breathe strong enough to get off the ventilator and they have to re-sedate him because he’s fighting them (against the ventilator). Now Ruby says, that they’re bringing up the tracheostomy as a next step and she wants my thoughts on it.

So Ruby, here’s the thing. If your dad had already three failed extubations, and he’s now at the stage where he’s a fourth time intubated and he still can’t come off the ventilator. There’s a very high chance he will fail a fourth time and the tracheostomy might be the right next step. However, you need to look at issues such as x-ray results (chest X-ray results), arterial blood gas results. Also, it would be helpful if you could send me the ventilator settings, so then I can guide you from there. But it looks like after four times of failed extubations that a tracheostomy is the next step because then sedation can be weaned off and your dad has a much higher chance of getting off the ventilator.

Here’s a word of warning though, especially if you are in the United States, when patients have a tracheostomy they end up often in LTAC or long-term acute care and they often end up in LTAC prematurely even though they still need ICU and there’s often dire consequences for that because LTAC simply can’t look after ventilated patients and tracheostomy.

So yes to tracheostomy for your dad, but he needs to stay in ICU after that. Take care for now. That’s my tip for today and I’ll talk to you in a few days. 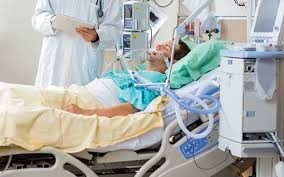 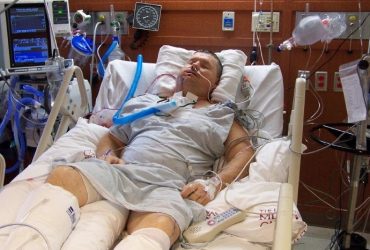 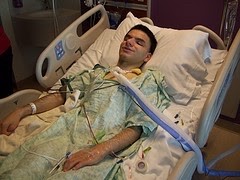 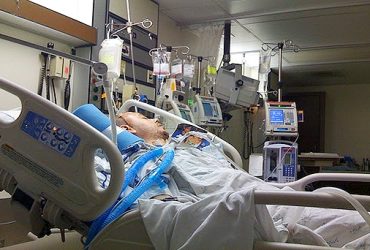