What is Diabetic Coma?

Diabetic coma is a reversible form of coma found in people with diabetes mellitus. It is a medical emergency.

In most medical contexts, the term diabetic coma refers to the diagnostical dilemma posed when a physician is confronted with an unconscious Patient about whom nothing is known except that he has diabetes. An example might be a physician working in an emergency department who receives an unconscious Patient wearing a medical identification tag saying DIABETIC. Paramedics may be called to rescue an unconscious person by friends who identify him as diabetic. Brief descriptions of the three major conditions are followed by a discussion of the diagnostic process used to distinguish among them, as well as a few other conditions which must be considered.

An estimated 2 to 15 percent of diabetics will suffer from at least one episode of diabetic coma in their lifetimes as a result of severe hypoglycemia.

Diabetes mellitus, or simply diabetes, is a group of metabolic diseases in which a person has high blood sugar, either because the pancreas does not produce enough insulin, or because cells do not respond to the insulin that is produced.This high blood sugar produces the classical symptoms of polyuria (frequent urination), polydipsia (increased thirst) and polyphagia (increased hunger).

There are three main types of diabetes mellitus (DM).

All forms of diabetes have been treatable since insulin became available in 1921, and type 2 diabetes may be controlled with medications. Insulin and some oral medications can cause hypoglycemia (low blood sugars), which can be dangerous if severe. Both types 1 and 2 are chronic conditions that cannot be cured. Pancreas transplants have been tried with limited success in type 1 DM; gastric bypass surgery has been successful in many with morbid obesity and type 2 DM. Gestational diabetes usually resolves after delivery. Diabetic ketoacidosis (DKA) is a potentially life-threatening complication in patients with diabetes mellitus. It happens predominantly in those with type 1 diabetes, but it can occur in those with type 2 diabetes under certain circumstances. DKA results from a shortage of insulin; in response the body switches to burning fatty acids and producing acidic ketone bodies that cause most of the symptoms and complications.

DKA may be the first symptom of previously undiagnosed diabetes, but it may also occur in people known to have diabetes as a result of a variety of causes, such as inter-current illness or poor compliance with insulin therapy. Thirst, Vomiting, frequent urination, dehydration, deep gasping breathing, confusion and occasionally coma are typical symptoms. DKA is diagnosed with blood and urine tests; it is distinguished from other, rarer forms of ketoacidosis by the presence of high blood sugar levels. Treatment involves intravenous fluids to correct dehydration, insulin to suppress the production of ketone bodies, treatment for any underlying causes such as infections, and close observation to prevent and identify complications.

DKA is a medical emergency, and without treatment it can lead to death. DKA was first described in 1886; until the introduction of insulin therapy in the 1920s it was almost universally fatal. It now carries a mortality of less than 1% with adequate and timely treatment.

Hyperglycemic hyperosmolar nonketotic coma (HHNKC) is an extremely serious complication of type 2 diabetes, most often occurring in  those who are non-insulin dependent. This diabetic emergency is similar to diabetic ketoacidosis (DKA) however there are some notable differences.

HHNKC is caused by severely elevated blood glucose levels, usually over 600 mg/dl(BSL usually higher than in DKA). Symptoms can include weakness, increased thirst, dehydration, frequent urination, nausea, lethargy, confusion and ultimately, convulsions, and coma. Onset of these symptoms can be slow and insidious, building over a period of days or weeks.

HHNKC frequently happens in the elderly and is usually precipitated by another illness, such as infection or flu, or sometimes a chronic condition such as congestive heart failure or renal failure. HHNKC is an emergency that requires immediate medical care.

HHNKC is treated the same as DKA. Patients will require insulin and large amounts of fluids.

Hypoglycemic Coma(not to be confused with hyperglycemia) is an abnormally diminished content of glucose in the blood.The term literally means “low sugar blood”. It can produce a variety of symptoms and effects but the principal problems arise from an inadequate supply of glucose to the brain, resulting in impairment of function (neuroglycopenia). Effects can range from mild dysphoria to more serious issues such as seizures, unconsciousness, and (rarely) permanent brain damage or death.

A Patient will become unconscious very quickly and requires a source of glucose urgently. All diabetics should have a emergency plan in place in the event of this occurring. This would usually include keeping a source of rapid glucose on hand in case symptoms occur. Treatment of hypoglycemic coma is usually a dose of concentrated glucose and most Patients will recover within minutes. Admission to an intensive care unit would not be required unless there are other problems.

The most common forms of hypoglycemia occur as a complication of treatment of diabetes mellitus with insulin or oral medications. Hypoglycemia is less common in non-diabetic persons, but can occur at any age. Among the causes are excessive insulin produced in the body (hyperinsulinemia), inborn error of metabolism, medications and poisons, alcohol, hormone deficiencies, prolonged starvation, alterations of metabolism associated with infection, and organ failure.

Hypoglycemia is treated by restoring the blood glucose level to normal by the ingestion or administration of dextrose or carbohydrate foods. In more severe circumstances it is treated by injection or infusion of glucagon. Recurrent hypoglycemia may be prevented by reversing or removing the underlying cause, by increasing the frequency of meals, with medications like diazoxide, octreotide, or glucocorticoids, or by surgical removal of much of the pancreas(pancreatectomy).

The level of blood glucose low enough to define hypoglycemia may be different for different people, in different circumstances, and for different purposes, and occasionally has been a matter of controversy. Most healthy adults maintain fasting glucose levels above 4.0 mmol/L (72 mg/dl), and develop symptoms of hypoglycemia when the glucose falls below 4 mmol/L

What happens In Intensive Care?

How long will your loved one remain in Intensive Care?

Your loved ones stay in Intensive Care will usually only be a few days unless they have other problems or complications.

Of course, if you have any questions or concerns, please discuss them with the ICU nurses and doctors.

All Intensive Care interventions and procedures carry a degree of potential risk even when performed by skilled and experienced staff. Please discuss these issues with the medical and nursing staff who are caring for your loved one. 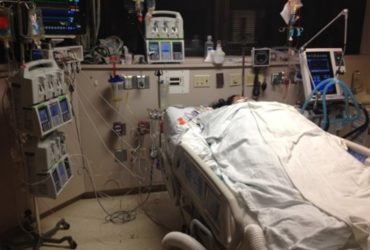 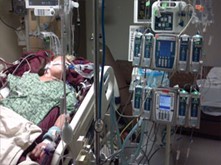